Poly(ethyelene glycol) diacrylate, or PEGDA, is one of the most common synthetic hydrogels used for cell encapsulation. The advantages of this biomaterial include biocompatibility, hydrophilicity and the ability to chemically tailor the material (1-3). This study tests the viability of bioprinted PEGDA (MW 3400), Percoll, and lithium phenyl-2,4,6-trimethylbenzoylphosphinate (LAP) with an Allevi printer.

To improve cellular distribution and uniformity during printing, Percoll was added to PEGDA(3). A centrifugation test was completed with 10, 40 and 90% Percoll. Next, cells were cultured with formulations of 20% PEGDA and either 10, 40 or 90% Percoll for 24 hours and analyzed via LIVE/DEAD staining. No significant differences in viability were found among the varying solutions.

While some specific 3D structures, such as 200 μm thick cylinders with a 200 µm diameter, were attempted by infilling pluronic support structures, variations in pressure during printing did not allow for consistent, accurate fabrication of these structures.

Allevi offers a commercially available platform with reagents, hardware, and software that allow users to create viable 3D structures with complex, reproducible geometries. Through the Allevi platform, this study demonstrates the fabrication of viable bioprinted cultures composed of cell-laden PEGDA, Percoll, and LAP.

Due to low viscosity, consistency in PEGDA printed structures is difficult to achieve even with temporary support materials such as pluronic. It is suggested to combine this reagent with a more viscous biomaterial for improved printability.

To minimize cell settling during bioprinting, Percoll (Sigma-Aldrich) was added to PEGDA/LAP solutions(3). A gradient ranging from 10 – 90% Percoll prepared with 20% PEGDA solutions was created in a 15 ml centrifuge tube (3 layers of 1 ml each) (3). A suspension of HNDFs (1 ml of 1 x 106 cells) was pipetted on top of the gradient, then the tubes were centrifuged at 200 x g for 5 min. After, cell number in each fraction was analyzed through brightfield imaging (3).

To create thin films, glass coverslips were treated according to the protocol. Then, LAP was dissolved in cell culture media under stirring and heat (60˚C). Next PEGDA was mixed in each solution.  After the mixture was completely dissolved and homogeneous, it was sterile filtered (0.45 μm) (Millipore) as suggested in the protocol provided by Allevi.

Once solutions were filtered, each was heated to 37°C and mixed with Percoll for final concentrations of 20% (w/v) PEGDA, 0.5% (w/v) LAP and either 10, 40 or 90% (v/v) Percoll. After mixing with Percoll, HNDFs were added at a 5 million/ml concentration. This mixture was then pipetted onto treated glass at 10 μl. Next, the solution was exposed to blue light (405 nm) at 10 mW/cm² for 2, 4, 5 or 10 minutes. For all bioprinting studies, crosslink times of 4 minutes were used. The thin films, stuck on the glass, were then placed into 24 well plates (Corning).

G-code files for developed to extrude material for 3 seconds, as well as to infill a pluronic support disc. Pressures of 3.4-4.8 psi were used to print PEGDA solutions, along with tapered metal 150 µm diameter needles. Thin films were printed onto treated glass slides, then crosslinked for 4 min with blue light (405 nm) at 10 mW/cm². All samples were bioprinted with an Allevi 2. 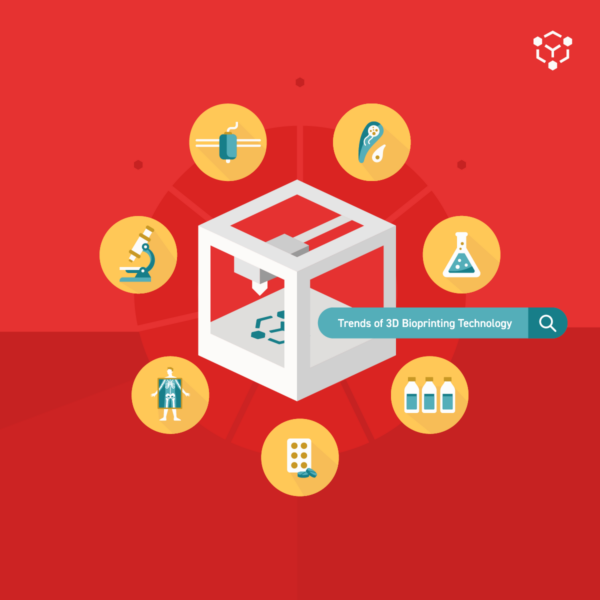